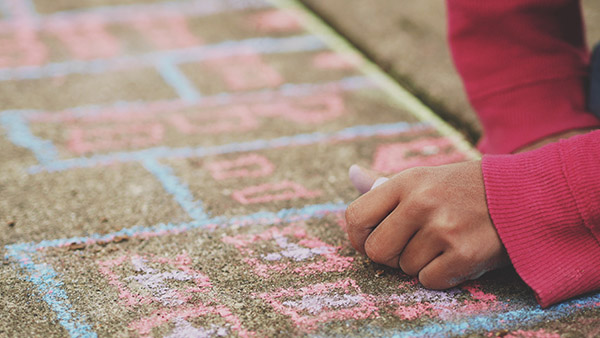 Building up number concept in a fun way

Before a child can understand complex mathematical systems, they need to have a strong number concept – an understanding of how numbers relate to each other, and how they can be manipulated. Many learners struggle with math in the later grades because they have learned how to add, and subtract, in a rote fashion without fully understanding the application in real-life, or the reasoning behind the steps they are taking. For example, a child might learn how to complete a subtraction sum with borrowing, but may not understand how the borrowing is related to hundreds, tens, and units.

Exploring numbers, and their values, without incorporating math language, is imperative to a child’s foundational mathematical skills. For young children, it is never too early to begin working on their number concept – but it can be fun! The more obvious ways to work on these skills are with simple board games such as Snakes and Ladders or Ludo – when playing these games, a child is exposed to numbers on a dice, as well as counting as they move their pieces. As they move their pieces, you can bring in simple explanations, such as “Look, you were on block 6, and when you jumped 5 times, you landed on block 11!” Board games with numbers on the playing board also offer children an opportunity to see the digits in relation to the others. Using a Snakes and Ladders board that goes up to 100 also offers a great chance for children to explore number patterns – ask your child to identify any patterns they spot, for example how in the far column, all the numbers end in zero.

Other ways to incorporate number play into every day life include counting items – for example, while making snacks (“put 3 carrots on each plate, can you see how many carrots we have altogether now?”) You can also create rainy-day games that use numbers – for example, paper cups with different numbers written on them that need to be filled with that amount of beads or toys (you can expand on this by exposing children to various ways that numbers can be displayed: regular digits, dice dots, tally marks, or even the number name written in words).

As a child gets ready to enter grade 1, being able to break up numbers becomes important – children who understand how to manipulate numbers have a better ability to find various ways to solve mathematical problems. You can play simple bonds games with your child, such as each having a certain number of beads and seeing how many different ways they can be split up: for example, 10 beads can be made into piles of 5 and 5, or 2 and 8, or 1 and 9. Another way of manipulating numbers is breaking them up into groups of 10 – for example, 62 can be shown as 6 groups of 10 and 2 units. Using blocks to show these connections is a great way to make it more fun – a child can have 27 blocks, and see how many towers of 10 they can make with how many single blocks are left over. Children can also be encouraged to guess which number will have more “towers.”

The important thing to remember when exposing numbers and counting to children is to avoid making it a chore, and to encourage all exploration.  A child who is forced to count items, will begin to find mathematics aversive, but a child who is using math skills to count out a certain number of treats, or to identify numbers while baking with a parent, will see the value of numbers and be more likely to enjoy the problems presented in school.

The importance of visual perception

Visual perception is a broad term used to describe the ability to absorb visual information, and make sense of what is being seen. This skill impacts many aspects of a person’s life, and for a learner in particular. If a child has deficits in their visual perception skills, we may see difficulties in reading, writing, copying from a board, as well as motor skills, such as catching a ball.

There are many activity books available that have paper-based tasks that are both entertaining, and work on a child’s visual perception. Activities such as mazes, spot-the-difference, finding hidden objects, and dot-to-dots are wonderful. Closure activities, such as completing a half drawn picture, are also fantastic for this skill. Many children enjoy playing school-school, which is a great opportunity for them to copy from a board – hang a piece of paper on the wall, and they will have their very own whiteboard!

Spending time playing games outside will also encourage the development of these skills – playing ball games such as soccer, tennis, or simply catching and throwing a ball, all allow a child opportunities to track moving objects, and react to their movement. Downtime activities such as jigsaw puzzles, and tangrams, are also fantastic. Arts and crafts offer multiple opportunities: cutting accurately on lines, and putting different items together in the correct places.

Treasure hunts are another great way to incorporate multiple visual skills – you can present a child with a map that needs to be followed, which will allow them a chance to link the symbols on a piece of paper to the real-world objects; or have the prizes hidden in plain sight. Giving verbal clues as to where the items are hidden also encourages development of a child’s receptive language skills. Having a drawer full of objects, and describing one item that needs to be found, is another way of building up both language and visual skills – for example, having a drawer of toy animals, and giving the instruction “find the one that has hooves, black and white stripes, and lives in the savannah.”

Visual memory is another important component to visual perception. This can be targeted in a variety of fun ways as well, such as playing memory match. Another fun game involves showing a child a tray with multiple items, and removing one with the child looking away; the child will then need to identify the item that was taken. This can be made more challenging by increasing the number of items on display – many children enjoy reversing the roles during this game, by testing their parents’,  or caretakers’ memory too! You can also increase visual memory by showing a child a sequence of items, muddling them up, and allowing them to re-order the items – for example, building a tower of five blocks (red, green, blue, orange, and yellow), breaking it up, and allowing the child to build it up in the same order as before.

It is also important to remember to limit screen time, as the close proximity does not allow for constant engagement with their environment, or adjustment to items that are further away. During screen time, particularly iPads, encourage children to engage in apps or games that allow for visual engagement – such as hidden object games, and mazes.

Working with Catch Up

The Catch Up Kids programme has allowed such an amazing opportunity to work with such an amazing variety of children, with such an amazing variety of skills! Each learner who walks through the doors offers a new set of achievements to be met, and endless amounts of fun to be had. The children who come to Catch Up are here for a reason: they are struggling to keep up with their peers in a mainstream classroom; but this does not remotely mean that they are unable to learn, or unable to thrive. Every child we see has their own set of difficulties to battle with, but also their own unique set of brilliant strengths. At Catch Up, we strive to use those strengths to help these learners reach their goals – this is where the individualised programmes really work, we have no cookie-cutter methods applied to all children.

Though it can be difficult at times, I love knowing that there is always a way to help a child learn – you can try ten different ways unsuccessfully, but there will always be ten more to utilise.  Not only do we help children reach the necessary levels in academics, but the most satisfying part of a programme is aimed at teaching the child to LEARN. By helping a child develop skills such as attention, and memory, we open up the door to allowing them to learn in the classroom environment.

Sometimes the gap that needs to be filled in can seem insurmountable, but the little victories that we see in our data, and the little increases in marks, just go to show that slow and steady wins the race. I have had the absolute pleasure of working with a grade 4 learner this year – she is such a wonderful character, and shows such dedication to her work. This child has struggled with maths and English for most of her school career, and came to us with concerns for her marks. Across the time we have worked with this child, there are three hugely special moments that have occurred:

And my absolute, most favourite moment,

Through everything, this child has never once not tried, and never once complained something is too hard – her commitment, and the effort she puts into everything she does, is not only admirable, but it is what motivates me after a long day. The pride that she experiences with each little improvement is palpable, and just infectious to everyone in the room with her. This child is just one of many, and this story is just one of many – each child has the capability to experience these successes, and each child deserves to have the chance to reach their potential.

ADHD Medication Can Cause Psychosis or Worse
Scroll to top