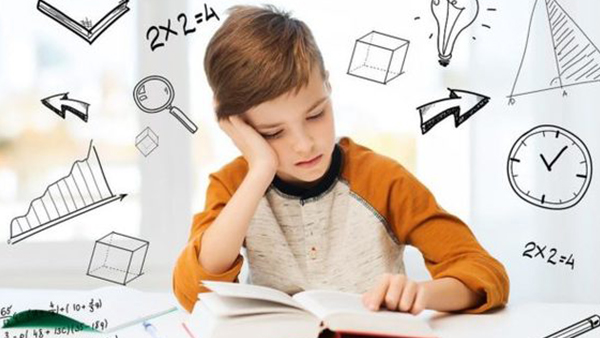 Have you ever felt that you’ve got so many different things to do and so many thoughts running through your head at the same time, which has resulted in you not successfully completing any of those tasks? Imagine feeling like this every single day. I will be explaining a child’s perspective on ADHD in more simple terms in the following.

ADHD is the abbreviated term for Attention Deficit and Hyperactivity Disorder. Being diagnosed with ADHD means that an individual has a brain which functions and develops in a different way and there is common misperceptions and perspectives which claims ADHD to be against the norm.

A child with ADHD has a uniquely coded brain which differs in the amount of brain activity from those of other individuals resulting in the inability to sit still and sustain attention throughout an activity. With this being said, it could be assumed that ADHD also has an impact on relationship building, academic performance and personal identity.

ADHD has an impact on relationships in the form of not being able to sustain attention throughout a conversation and could cause a family member or peer to feel ignored and diminished. This could lead to a damaged relationship and could also induce strain on the social support structure.

ADHD has an impact on the academic performance of a child.
Being unable to experience continued focus on a specific topic or task, has the result of learners having to deal with lower average marks, more failed grades and a higher expulsion rate which could ultimately affect or change their personal identity.

The personal identity of a child is a very important factor and should not be taken lightly. Children are very sensitive to changes and differences and from ADHD child’s perspective, could easily feel devalued when realizing that they are not exactly like the other learners are. Within the personal identity of a child is the characteristic called “Self-Awareness”. By being self-aware, a child could get to know himself and in the process learn adaptation and regulation skills that he could use to benefit himself during task completion, regardless of being labelled as inattentive and hyperactive.

The more an individual understands about ADHD, the better that individual’s chances are to work with it as an advantage to overcome challenges and not against it as a disadvantage which holds them back.

Children don’t necessarily understand why they feel and act different and can therefore create feelings of loneliness within them, being out of the ordinary and label themselves as weird. This could have the result of depression, sadness and aggression between the child and close friends or family.

We are committed to protecting your privacy. We will only use the information that we collect about you lawfully (in accordance with the Data Protection Act 1998 and POPIA).

We may collect information about you for 2 reasons: firstly, to process your order and second, to response to any queries which you may have.

We will not e-mail you in the future unless you have given us your consent.

We will give you the chance to refuse any marketing email from us in the future.

The type of information we may collect about you includes:

We will never collect information about you without your explicit consent.

The information we hold will be accurate and up to date. You can check the information that we hold about you by emailing us. If you find any inaccuracies we will delete or correct it promptly.

The personal information which we hold will be held securely in accordance with our internal security policy and the law.

We may use technology to track the patterns of behaviour of visitors to our site. This can include using a “cookie” which would be stored on your browser. You can usually modify your browser to prevent this happening. The information collected in this way can be used to identify you unless you modify your browser settings.

Any cookies that may not be particularly necessary for the website to function and is used specifically to collect user personal data via analytics, ads, other embedded contents are termed as non-necessary cookies. It is mandatory to procure user consent prior to running these cookies on your website.